By invitation of Bob and Roberta Smith I participated in the Art Party Conference, a dizzying event to advocate art to the UK government. This entailed boarding a bus at 4.45am in Adlgate East along with a slew of other artists plus musicians, curators and around 25 art students. In short, it was a fun-filled, 6-hour road trip with refreshments and entertainment including a packed breakfast provided Bobby Baker and a quiz by Henry Moore (aka Jessica Voorsanger).

When we arrived bleary-eyed to Scarborough’s picturesque seaside Spa, I had barely a moment to take in the fresh sea air before meeting my devoted team of technicians who would help me survive the most gruelling episode of The O Show to date. From 2-6pm I was handed random guests to engage in conversation including the artists Richard Wentworth, Patrick Coyle and Silvia Ziranek. It might not have seemed like a durational performance piece if it weren’t for the sleep deprivation, but the show must go on!

And it did. Ploughing through my total fatigue, I went to prepare another techie for my next piece. After that I had a couple of hours spare and quickly dashed around trying to experience some of the other delights on offer before my curtain call at 10pm. I had the honour of being introduced by Andy Warhol (Voorsanger again) for the debut of Art in the Age of Austerity, my parody of the Culture Secretary, Maria Miller’s keynote speech of the same name, culminating in a kick-ass dance routine and an appeal for cash contributions. What can I say? I rocked my newly ‘perfected’ English accent and swept the audience off their feet. People threw money at me, literally! But the highlight for me was when Adrian Searle, Guardian art critic grudgingly handed over 9p.

[Pictures and video of the performances will be uploaded eventually – watch this space!]

The Art Party Conference 2013 was the first of its kind, initiated by the artist Bob and Roberta Smith and followed on from his 2011 artwork LETTER TO MICHAEL GOVE MP SECRETARY OF STATE FOR EDUCATION. 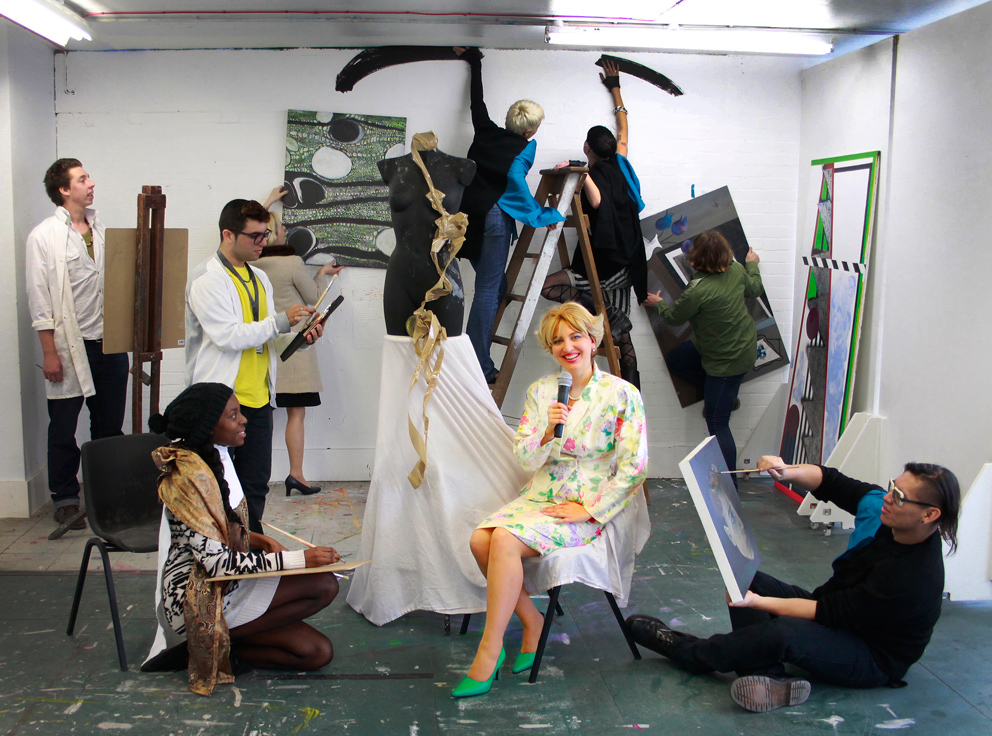