Marcia Farquar has a gift for the gab, so I took a weekend workshop her with on the topic of Autobiography in the hope that her loquaciousness would pass on to me. On the first day we were asked to bring in an object of significance and we spent hours listening to each other tell the stories behind them. Everyone was so fascinating. I had brought along a bracelet given to me by a horrible boyfriend I had had in high school because I don’t know why I have held onto it for so long. I have used the bracelet before in a performance I did, which I also think was a terrible performance. Again, why am I holding onto it? I guess I have my answer now – I needed it for this workshop.

In self-selected groups of three, we wandered around the local area of Aldgate East, doing a little psycho-geography. Marina Sossi, Spike McGarrity-Alderdice and I winded our way around Petticote Lane into an estate and through some gates marked ‘no entry’. We talked and talked and it felt very significant, but now I can’t remember what we talked about. There was something I wanted to say, but I don’t know if I kept it secret or not. I wanted to talk with Marina because when she told her story she had said to pay attention to the breath out and that she wasn’t interested in accumulation, but rather an emptying out – this intrigued me because I’m a hoarder.

The three of us developed a collaborative piece on the second day of the workshop which entailed auditioning the other workshop participants, partly because I hate interviews and I wanted to be on the other side of that dynamic. I was dressed up in my power-suit, heals and full make-up and I think Marina and Spike were at my side, assisting me. I can’t recall what they were auditioning for, but I was very intimidating. I wanted to ask people what their deepest regret was, but being intimidating doesn’t elicit the most generous responses. I was on the other side, but that’s not necessarily where I really wanted to be.

We had a chance to show the pieces we had developed to a small audience at the very end of the workshop. Instead of rehashing the auditions, I thought of another idea. I had everyone write down their deepest regret on a piece of paper and what they have done to get over it on another. All the regrets were put in one pile and the ‘solutions’ in another. We picked one from each pile and read them out in pairs. Often the pairs went really well together despite having different authors.  There was something cathartic about this process, hearing your regret among many made it seem less heavy, at least for me. In fact, I recently had a chance to revisit this little group exercise with my students at The Cass because it seemed fitting on a day when we were talking about the definitions of public and private. This time I found myself struggling to come up with a regret. I tried to recall the one I had written down during Marcia’s workshop and eventually wrote some variation on that, but genuinely felt less regretful about it. I wouldn’t be me if I hadn’t done that now mourned act. Innocence gets lost for everyone eventually, doesn’t it? Was it the exercise that healed me, the pen on paper, or all the things that happened in between that workshop and now? 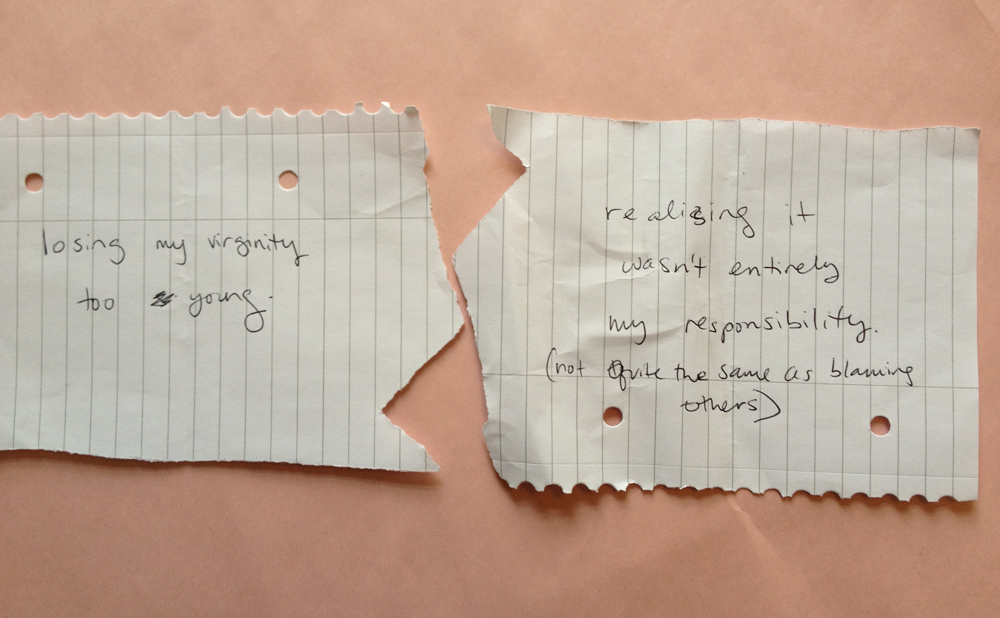 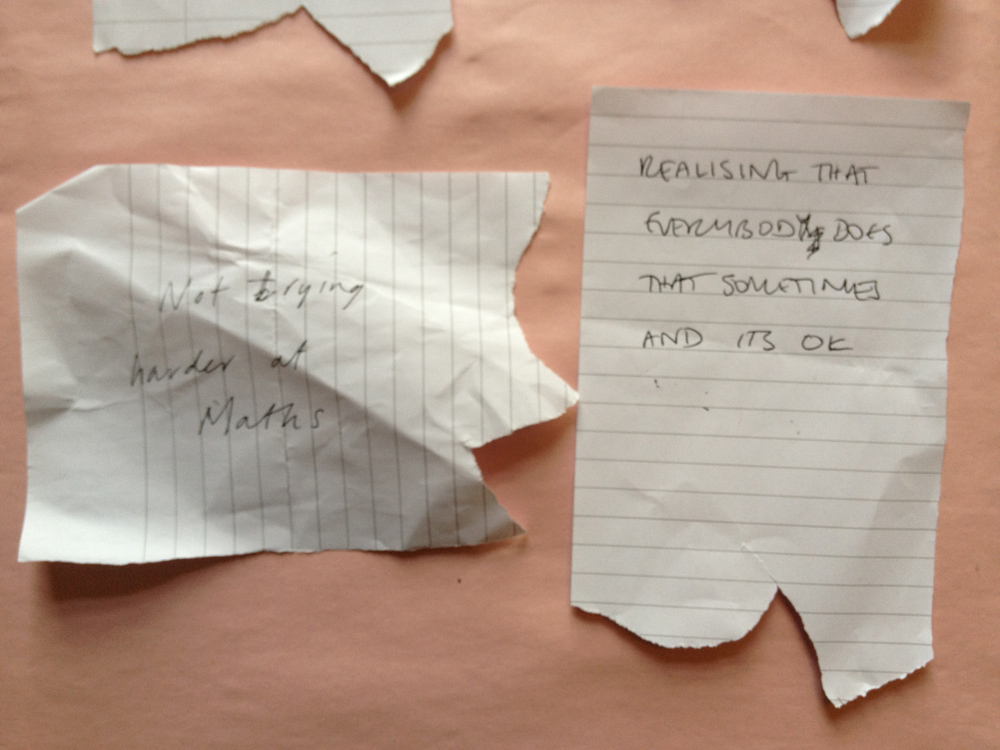 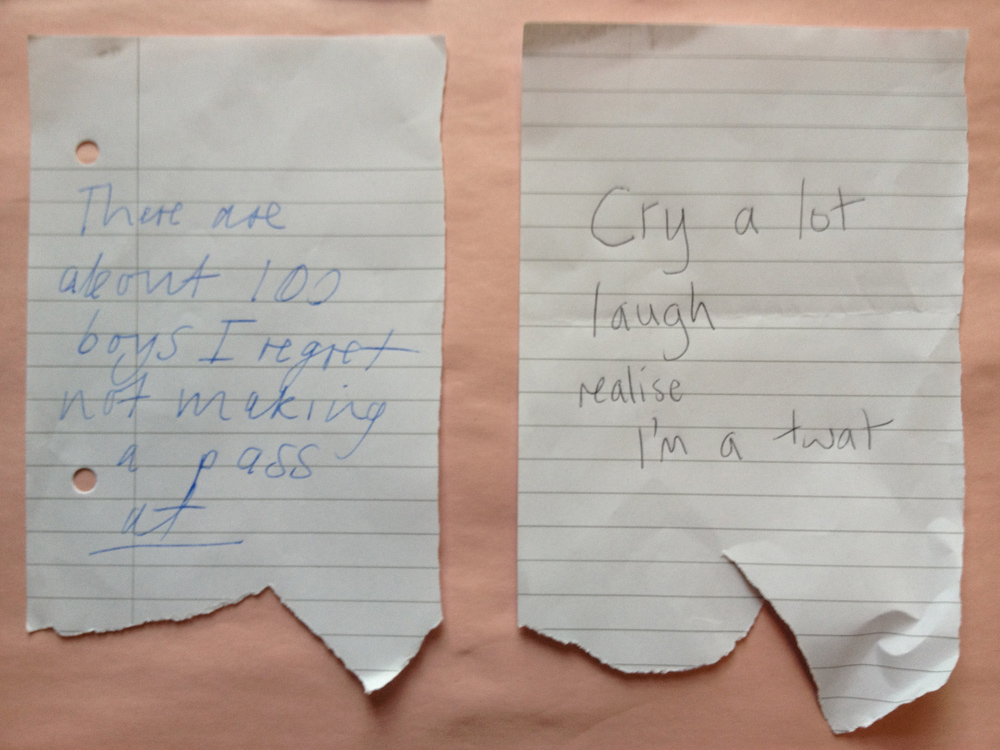 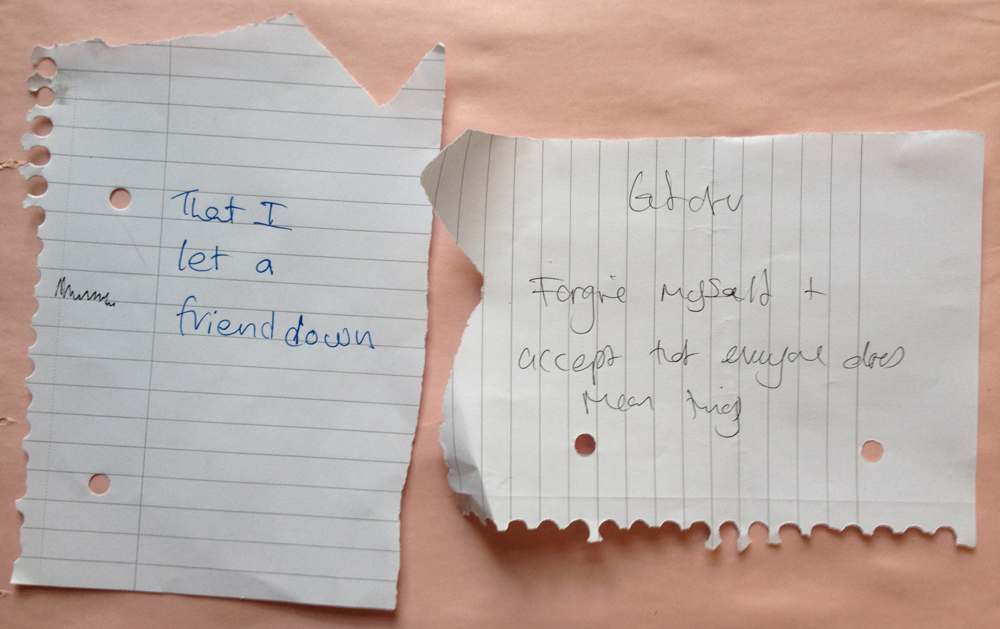 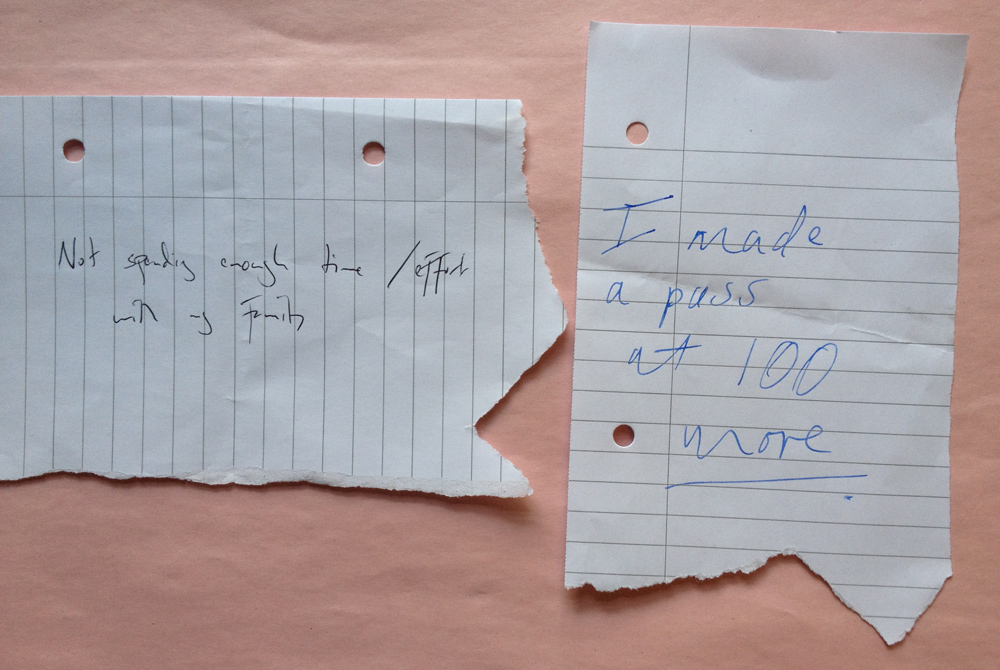