For Hairoism Oreet Ashery shaved her head and applied hair donated from the audience to her scalp and face to imitate the hair patterns of four male public figures: Moshe Dayan, Mousa Mohammed Abu Marzouk, Avigdor Lieberman and Yassar Arafat/Ringo Starr. The first figure has the least hair and the last has the most, allowing her to become hairier as the piece progressed. After the fourth figure’s hair pattern had been applied, her two assistants continued to glue hair to her face and body, with the goal of covering it entirely as time permitted.

Hairoism was inspired by Eleanor Antin’s The King, a silent, 52-minute, black and white film where Antin slowly applies hair to her face to become her male alter ego. In a recent interview, Antin states: ‘Role playing was about feeling that I didn’t have a self. And I didn’t miss it… I just borrowed other people’s, or made them up. And it’s something that continued when I started working with personas because it was a very good way of dealing with a lot of the political and social issues that were of interest to me.’ Oreet Ashery shares Antin’s subjectivity expressed in those descriptions and in taking on various characters for her work she addresses socio-political backdrops and challenges a sense of authority over herself. 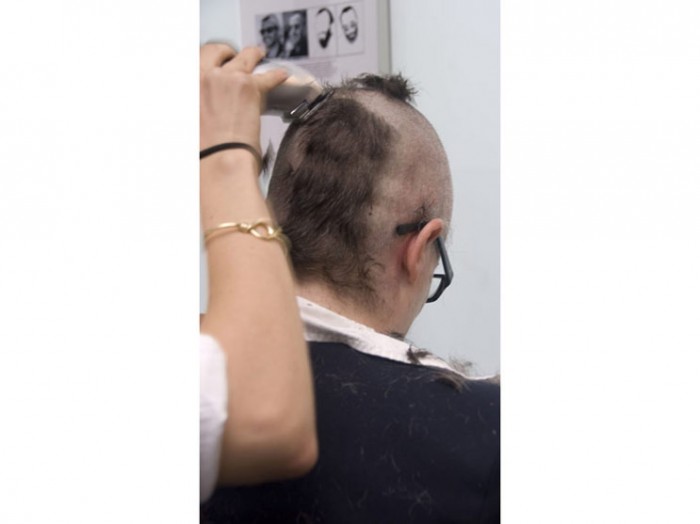 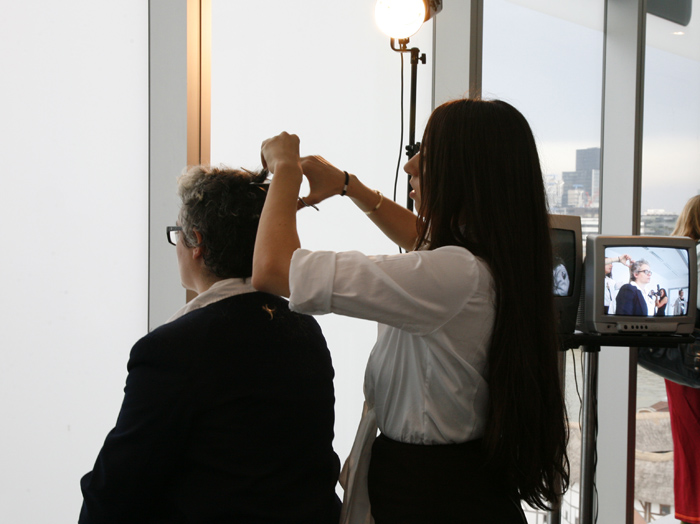 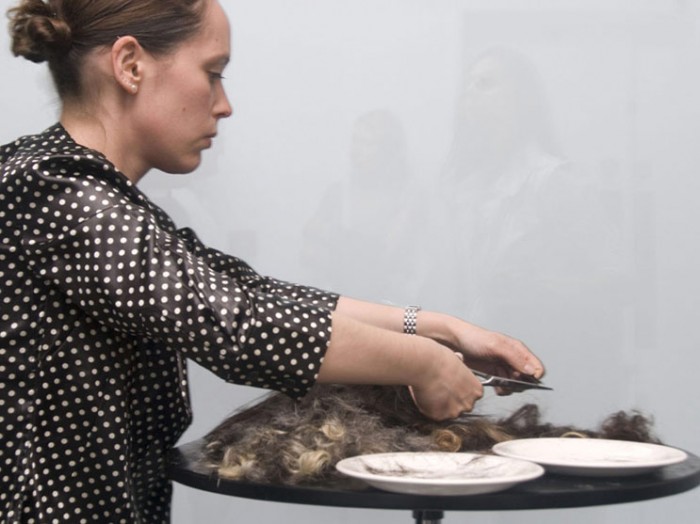