Katherine Araniello’s re-make of Martha Rosler’s Vital Statistics (1977) involved the meticulous measuring of a blow-up doll and the reciting of various invented statistics about disability. The original Vital Statistics is a diatribe against the scientific standardisation of physique and the dehumanisation and objectification of women and minorities that it propagates and justifies. The piece comments on the fact that the scientists who invented the tests to judge and measure the body were trying to prove the superiority of their own race/sex and keep others oppressed. Araniello’s re-interpretation relates the measurements of the idealised doll to farcical facts; when the measurer pronounced that the length of the doll’s arm was 28 cm, Araniello then stated: “28% of blind men in Wales watch pornography on the internet”. At which point her other assistant pronounced that this was either ‘standard’, ‘below standard’ or ‘above standard’, however his judgement was random since he is profoundly deaf and had not heard the measurement or the statistic. Using nuance, irony and humour the performance emphasizes the absurdity of using another’s standards to judge oneself. 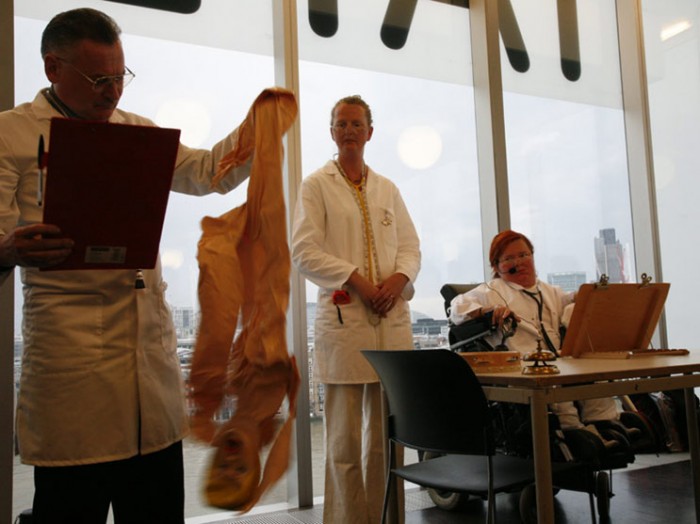 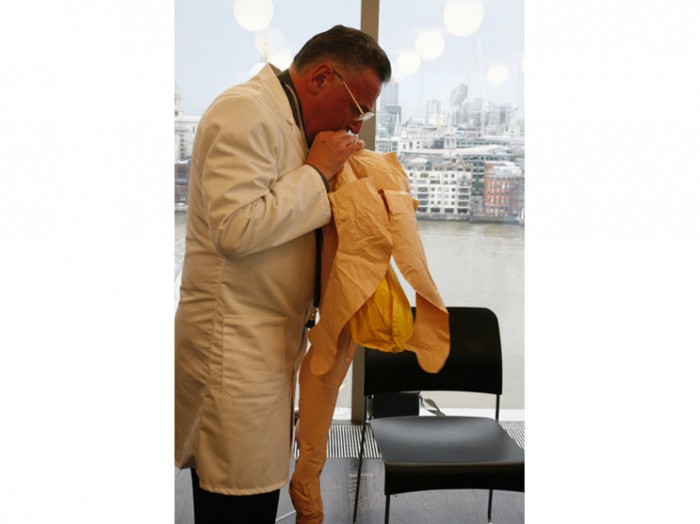 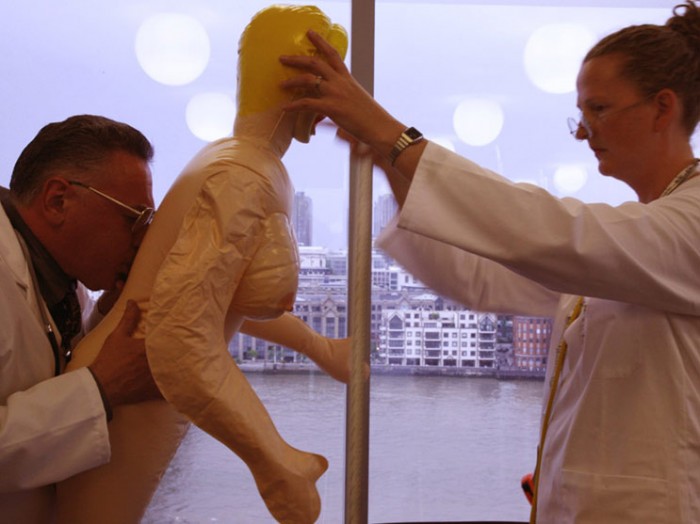 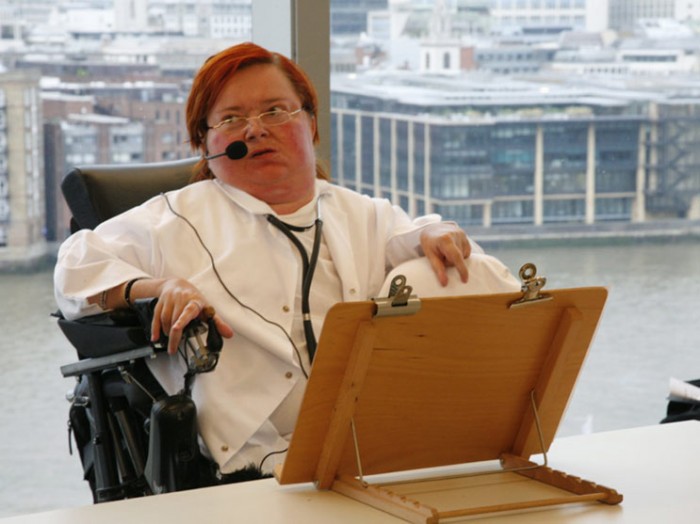 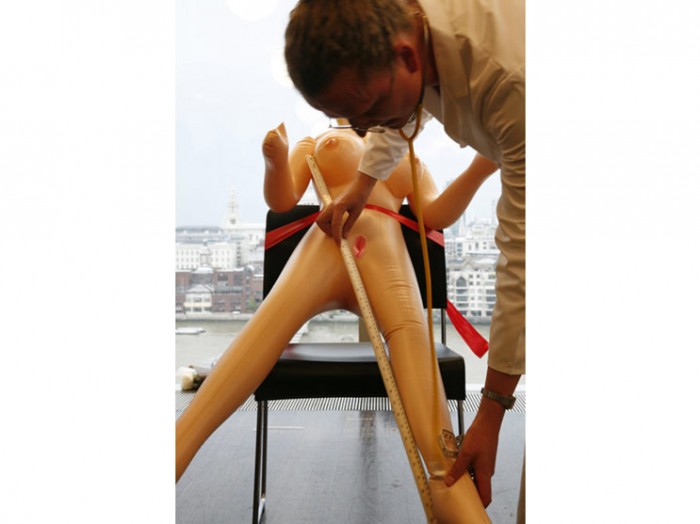 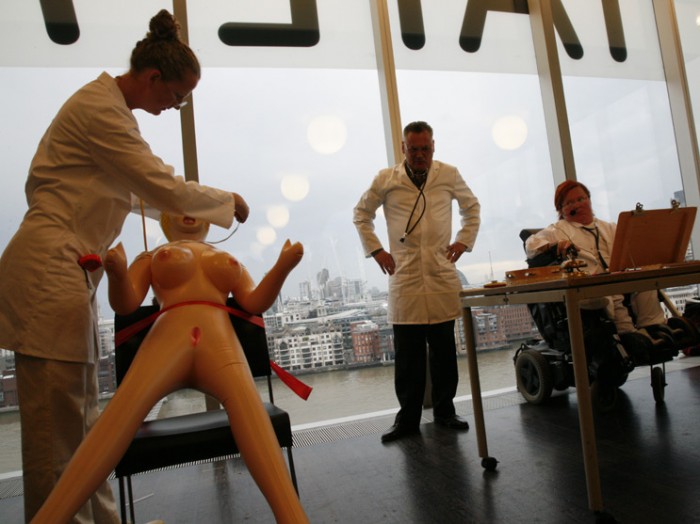 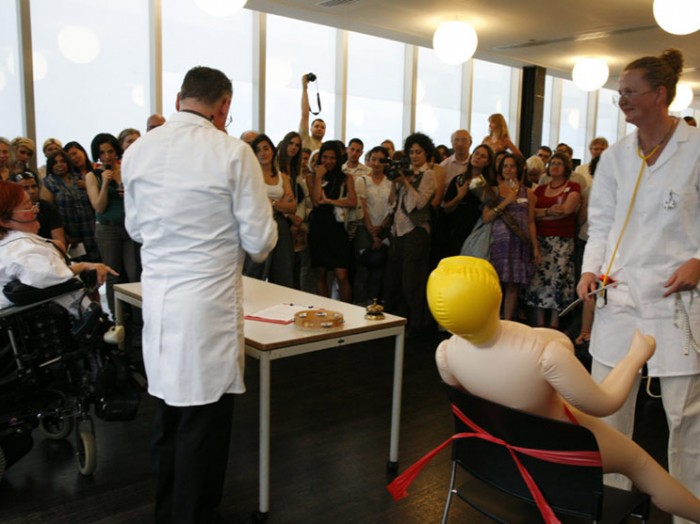