Caroline Smith’s homage to Bobby Baker’s Drawing on a Mother’s Experience (1988) involved the divulging of other people’s eating secrets, spilling and smudging the ingredients of their anecdotes onto a canvas on the floor. The piece developed out of private conversations between members of the public and Smith’s alter-ego Mertle, a fictional 1950s housewife in curlers who was stationed in a tent on the Tate green. Some spoke to Mertle as in a confessional, others gossiped or shared information on their life or the lives of others. Each secret shared was exchanged with a cake. By the end of the day Mertle had ingested numerous eating secrets which were then delivered (rather, regurgitated) in her performance. The canvas was marked with liver, flour, chocolate, eggs, milk and wine, but more importantly the candid and intimate details of our ambivalent relationship to food. For the finally, Mertle wrapped herself in the canvas, encasing herself with the remnants of our experiences. 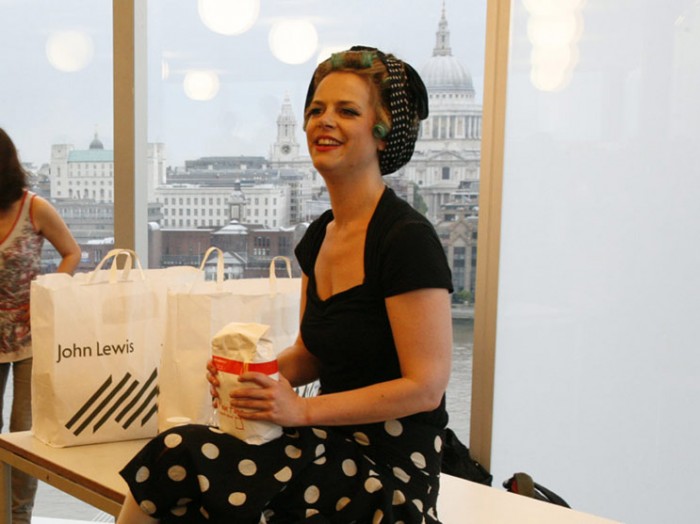 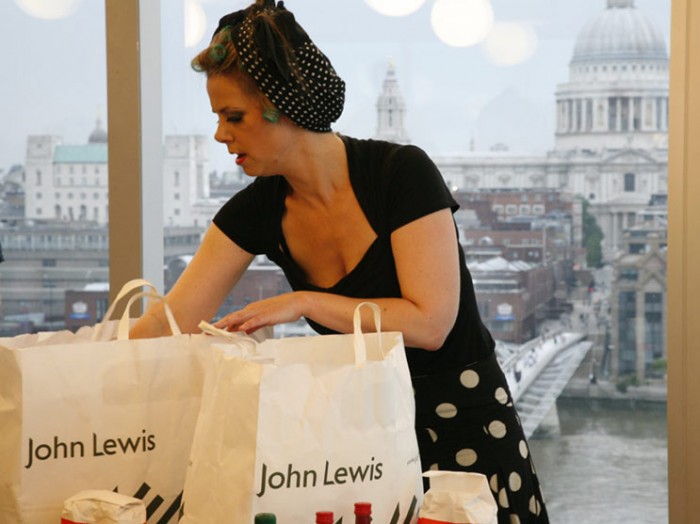 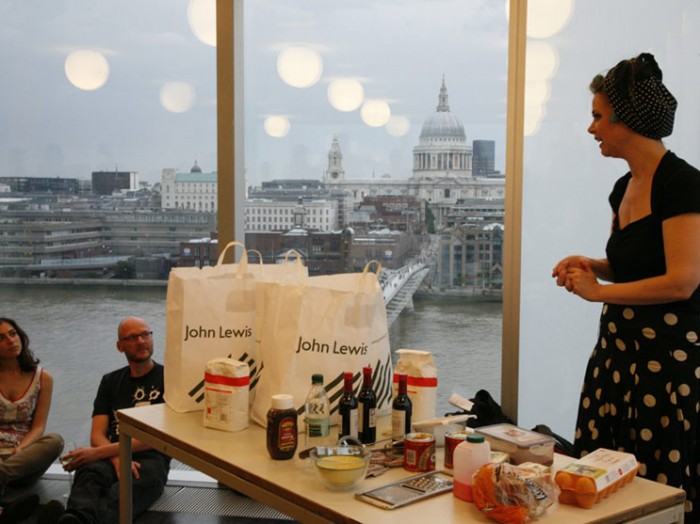 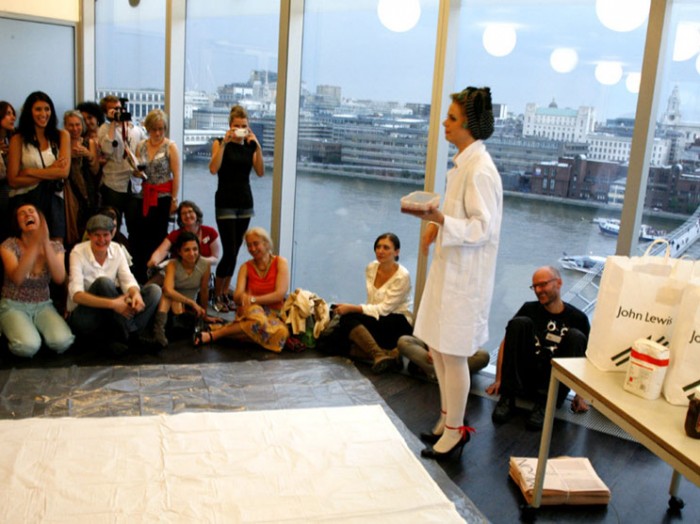 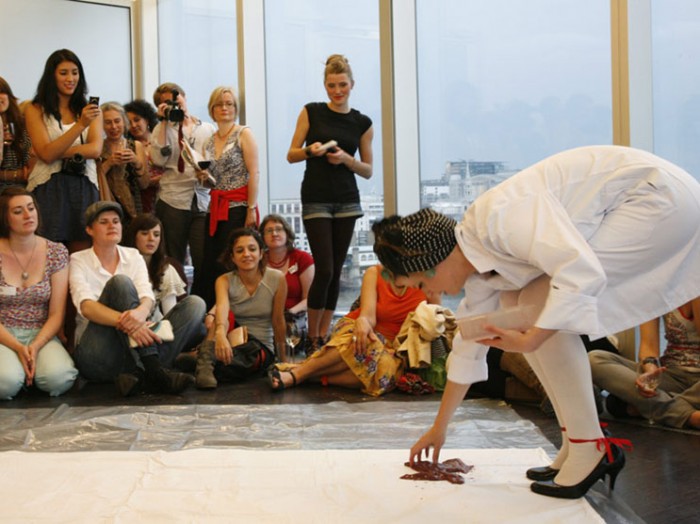 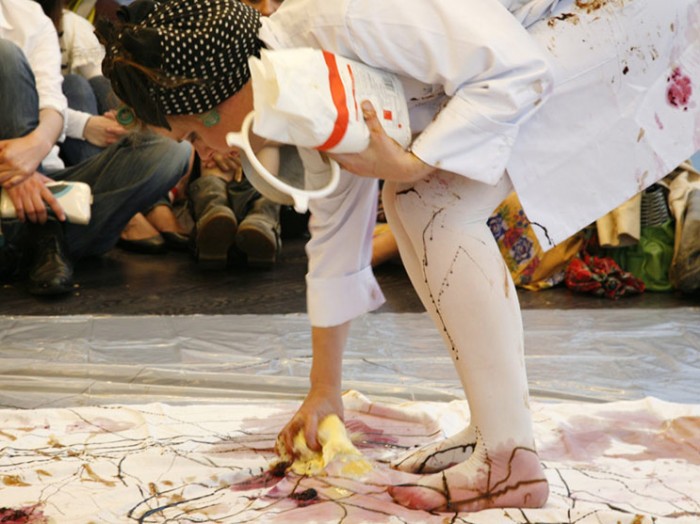 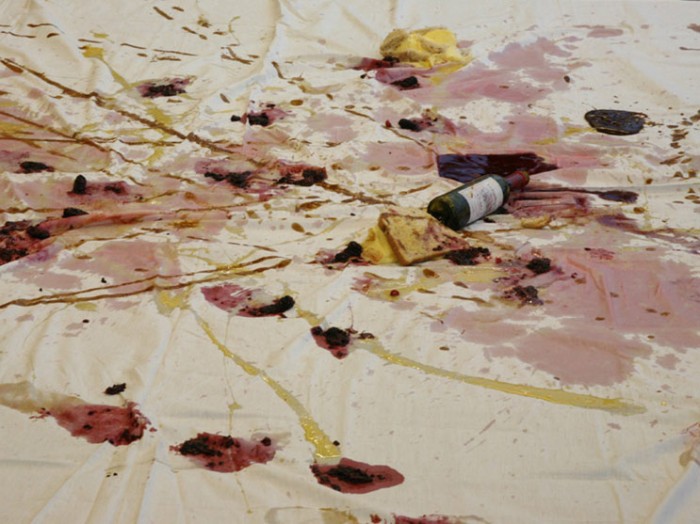 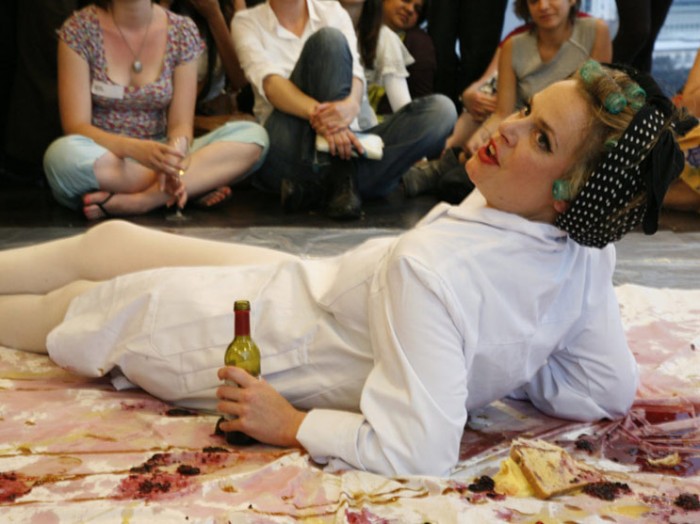