This performance took place at the Temporary Autonomous Art Festival in Hackney Wick. I wrote the following text as a press release for a blogger who didn’t end up writing about the work:

Oriana Fox had been suffering from low self-esteem since puberty. Throughout her adolescence and early adulthood she attempted to overcompensate for her diminished sense of self-worth by over-achieving in her artistic, academic and professional pursuits. Despite her many successes in these areas, she continued to be plagued by self-doubt. She felt like an impostor whenever her accomplishments were lauded and therefore she gleaned little satisfaction from her gifts. By the time she reached the age of 30, Oriana’s condition deteriorated into listless moping and an acute inability to make decisions. This sob story finally turned a corner when Oriana’s brother Alex sent her the youtube video of Let’s Paint TV that changed her life forever.

The inspirational clip showed Mr. Let’s Paint igniting his canvas with oils, blending healthful drinks and taking calls – all whilst jogging on a treadmill going four miles per hour. From his lips came the clarion call of creativity: “embrace failure!” His message resonated in Oriana’s eardrums, reverberated in her mind and erupted in a big decision! Instead of having to choose between her many talents and ambitions she decided to do it all, all at once! Perhaps more importantly, Oriana finally understood that the key to happiness and fulfilment was unconditional self-acceptance. Instead of trying to prove herself, she set out to find herself. In homage to the multitasking guru, Mr. Let’s Paint, Oriana bounced on her mini-trampoline, painted portraits of a male burlesque dancer as he stripped, cooked  pancakes and analysed the dreams of her live audience members simultaneously. With her new-found confidence, Oriana plucked up the courage to write to Mr. Let’s Paint to thank him, but felt that the cold lifeless letters on the computer screen just weren’t enough. Packing her spandex gear and badminton rackets in her suitcase, Oriana set out on a pilgrimage to Los Angeles – the Valley to be exact. Her dreams came true when she got to paint, exercise and cook side by side with Mr. Let’s Paint in front of thousands of viewers! They even barbecued!

Upon her return to London, Oriana wanted to continue to spread the creativity message. She settled on the Temporary Autonomous Art Festival in Hackney Wick as the perfect place to proselytize. Oriana took on her most ambitious attempt at failure in front of a live audience to date: she cooked vegetarian tofu korma curry and baked counter-clockwise, chocolate-swirl cupcakes while burning calories in a cardio-routine that would make Jane Fonda faint, all the while painting portraits of audience members. To help get the point across Mr. Let’s Paint offered his food for thought live on the air via cyberspace, his advice booming through a speaker and striking a chord with the awe-struck crowd. As he strode on his treadmill painting Hollywood celebrities Danny Devito, Kurt Russell and Liza Minelli, his syncopated steps and painterly brushstrokes beamed through the projectors rays onto a wall beside Oriana’s dual-hob mini-cooker.

Now that Oriana has learned to embrace failare, who knows what creative risks she has yet to take… 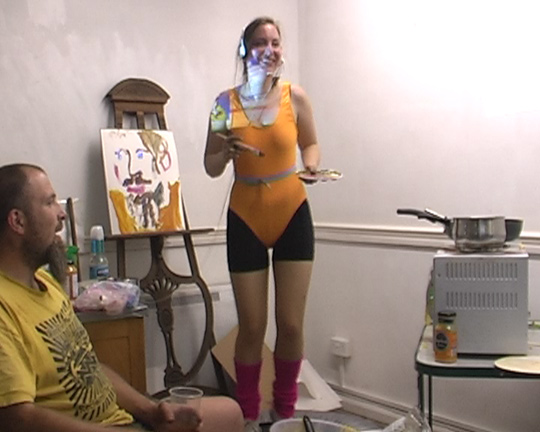 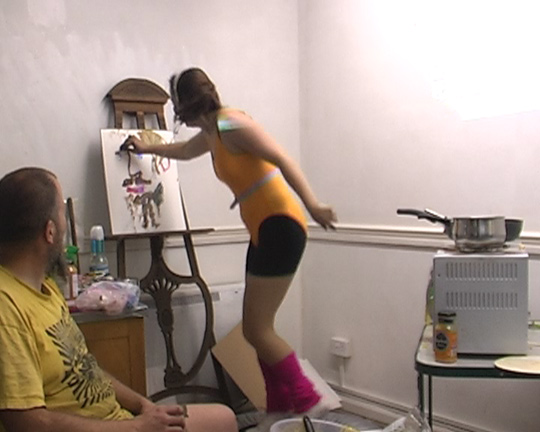 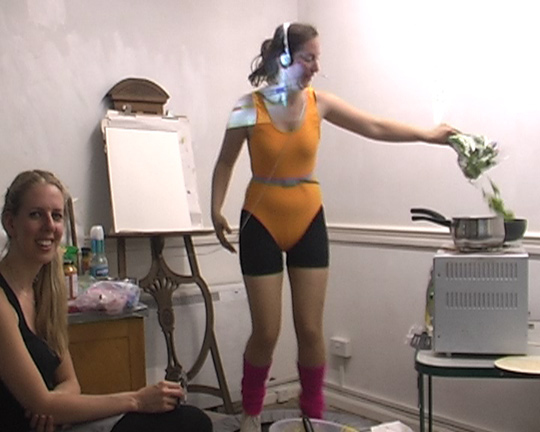 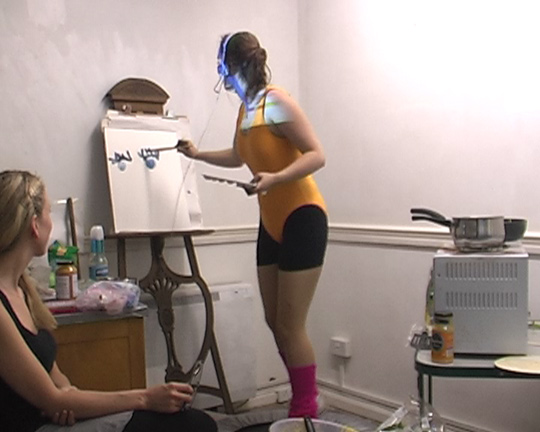 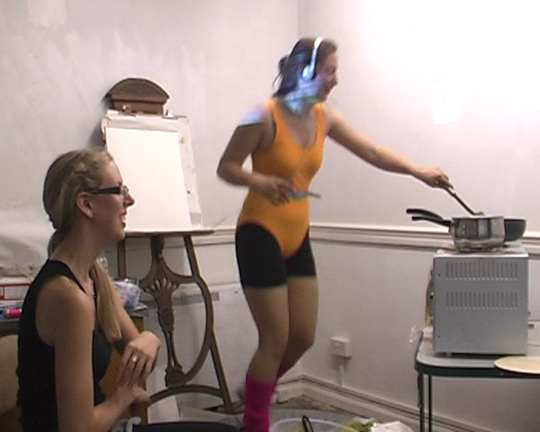