I was invited by the recently merged Byam Shaw/Central St. Martins College of Art to deliver a workshop introducing first-year BA students to Performance Art.

I decided to start it off with a collaborative performance which entailed sharing stories about unwanted items of clothing which the students had brought in to donate to the project. Over a pot of tea, I put on each shirt, skirt, hat or pair of trousers as it was given to me along with accompanying anecdotes. I contributed a few of my own things including a t-shirt from an evil ex-boyfriend, a pair of underwear with curly wig hair glued to it which I had made as a performance prop and boxer shorts with a Fred Flintstone pattern on it that was a gift that had seen better days. In my experience, having an object with a story associated with it makes it easier to initiate an open dialogue. We then talked around the topics of loss, recycling and memory.

Once I had put on all of the layers I offered the students a pair of scissors and invited them to cut patches of cloth with which we would create a quilt. Using fabric paint, pens, needle and thread they embellished the bits of fabric and we placed them all together to make something that would automatically end up being an archive of its own making.

Afterward I revealed to them more about what had inspired the piece. The opening slide of my Powerpoint presentation read “It has all been done before” – to which some students responded in protest that nothing exactly like it could ever have been done before. The slides that followed were of Shirley Cameron and Evelyn Silver’s Angels & Overalls (1981), Tanja Ostojic’s Clothes (2009), Yoko Ono’s Cut Piece (1964), Suzanne Lacy’s collaborative Crystal Quilt (1987) and my own Penny Social (2010). I explained how each of these previous works had informed what we had just done and asked the participants for their feedback.

We then did the exercise A Very Brief And Biased History of Performance Art in which I provide details of 5 works from different decades and the students have to come up with proposals to reenact them. At the end of the workshop, I gave a brief introduction to my reenactment-based project Once More with Feeling and showed some documentation of the event. 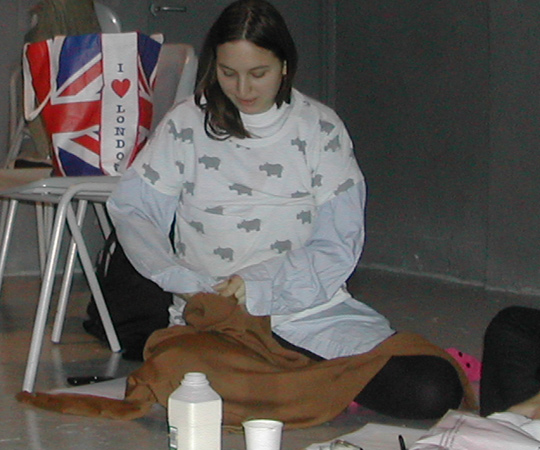 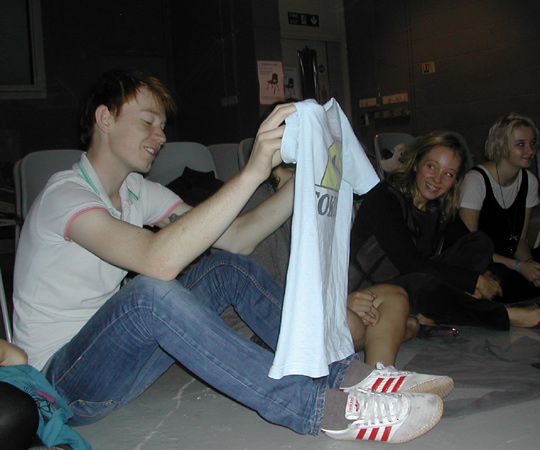 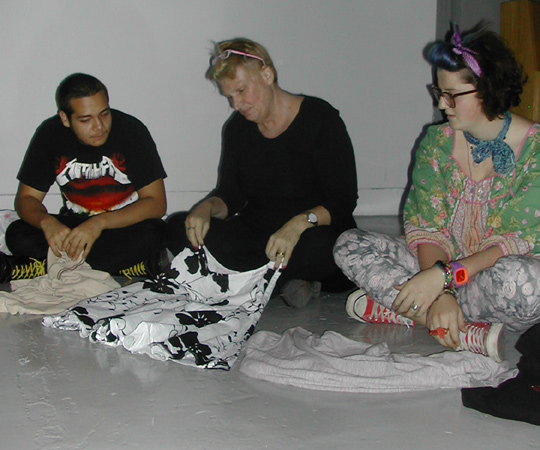 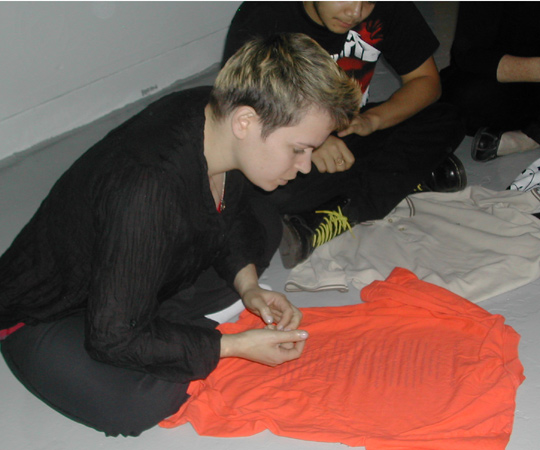 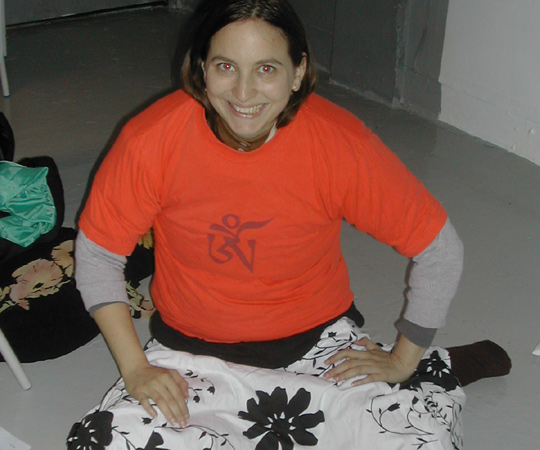 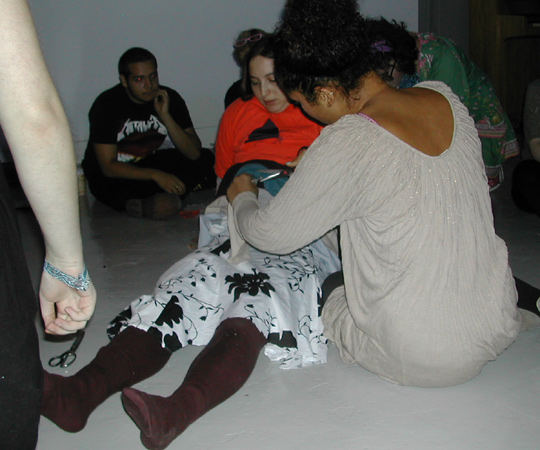 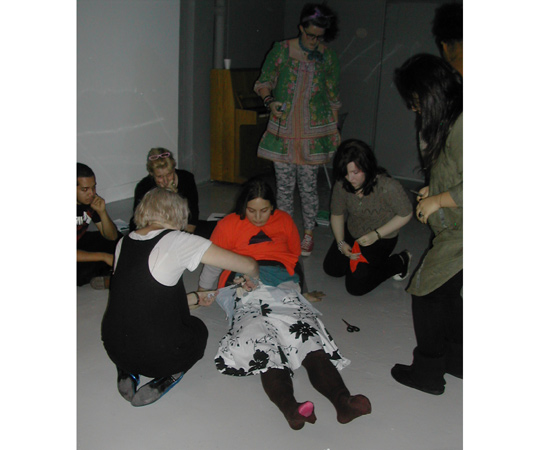 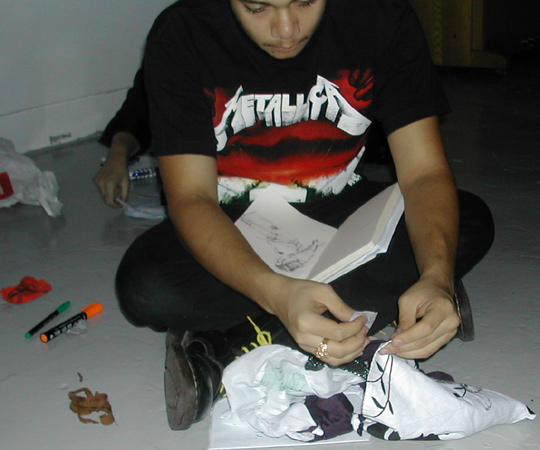 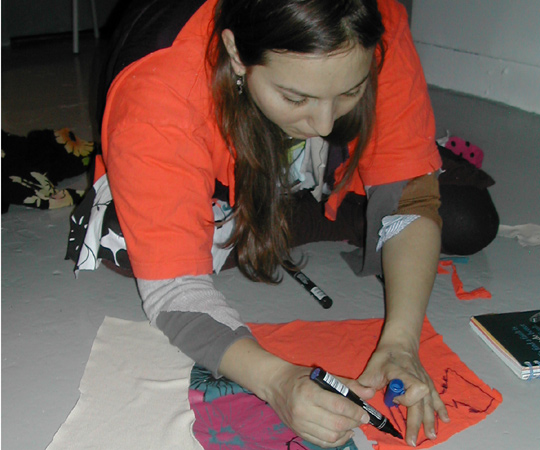 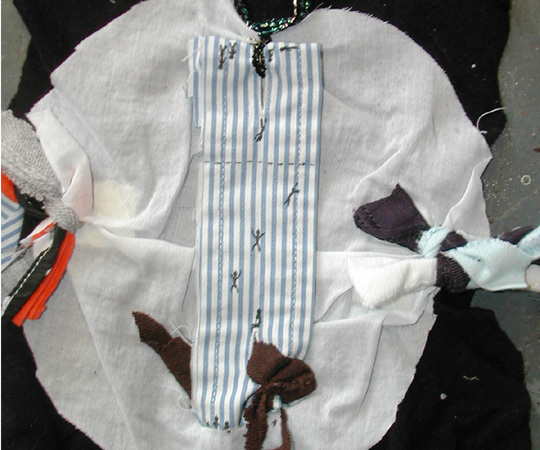 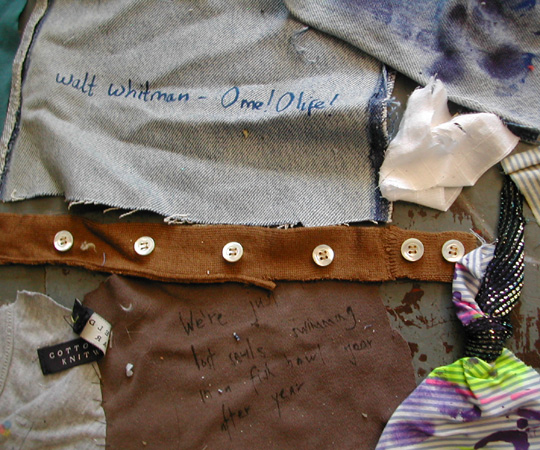 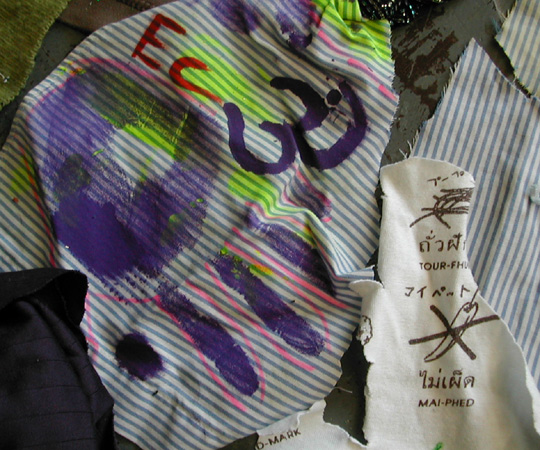 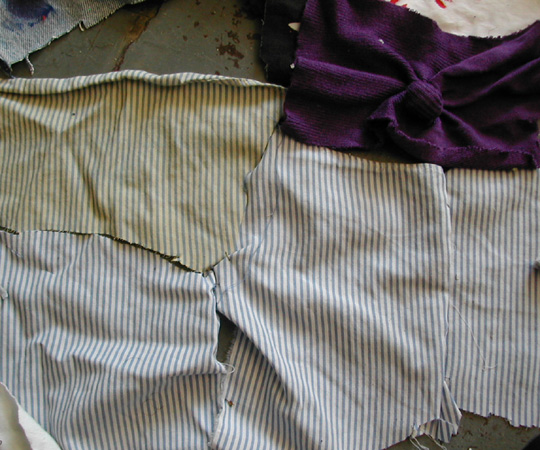 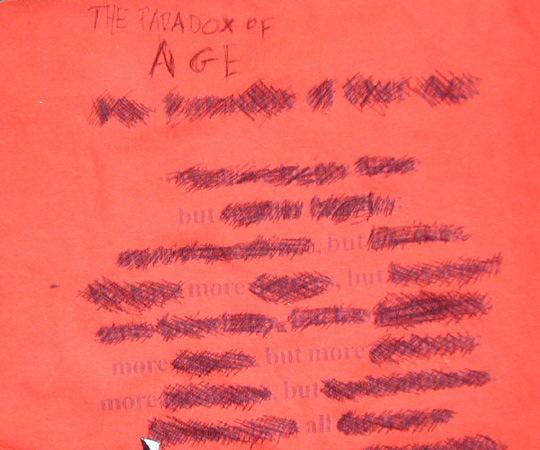 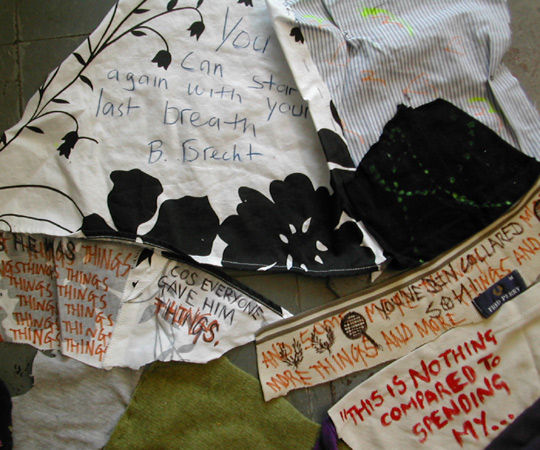 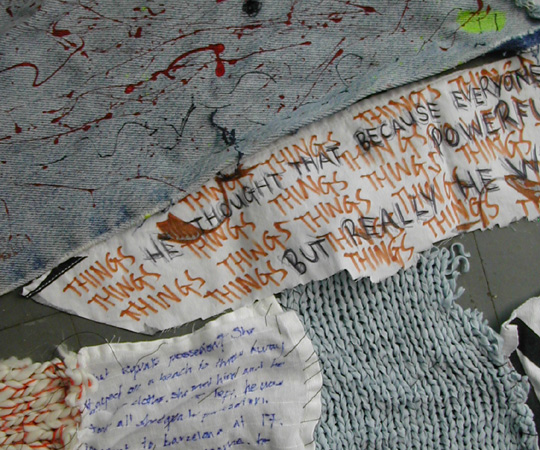 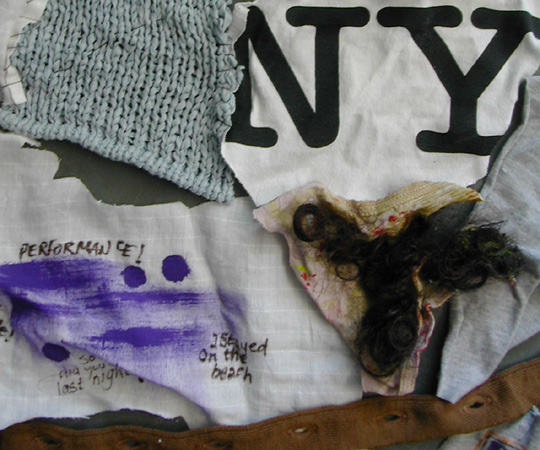 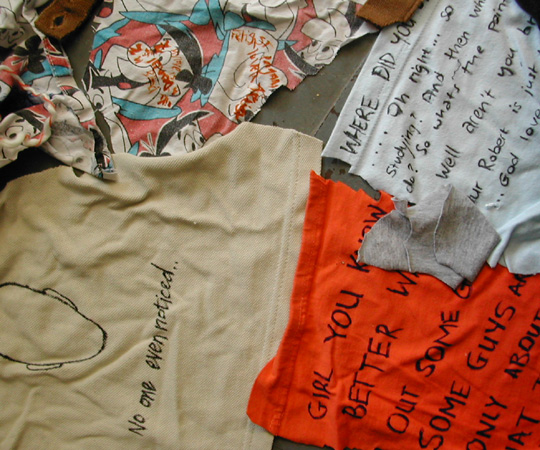 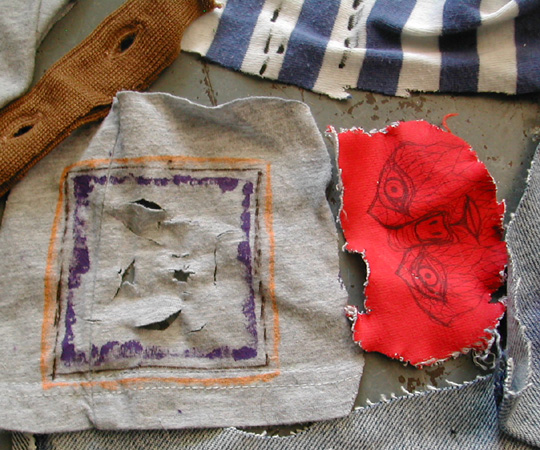 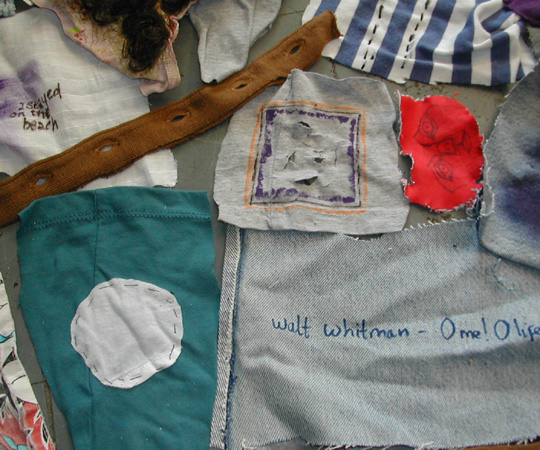