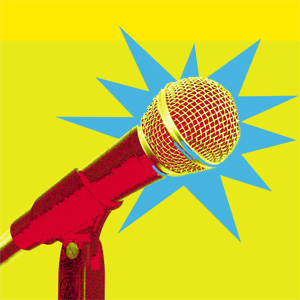 Dora Garcia’s workshop, which I attended during The Hayward Gallery’s Wide Open School, opened with the premise that when it comes to monologues, the important question is not what to say, but to whom. In other words, the intended audience will dictate a monologue’s content and form. Dora presented us with the opportunity to do cold readings of a number of monologues each exemplifying a particular type: epic, steam of consciousness, delirium, confessional, satirical, storytelling, explanatory, mirroring, agony, guided tour and essay. It seemed the workshop participants were half artists and half actors and the actors dominated in an intimidating way. Nevertheless, I volunteered to read Richard Pryor’s stand up routine about a drunken bar fight. I thought even if I read poorly, it would be amusing to see a heavily pregnant but still spry woman playing this part. I hadn’t really read the whole thing when I stepped up to the mike and realised a bit too late how physical the comedy was, I found myself a couple of paragraphs in reading stage directions that meant having to throw myself to the floor as if I’d been punched in the face. I did it, carefully.

That night our homework was to write our very own monologue (deciding of course which classification we want it to fit into); I cheated by bringing in one I had already written and didn’t give much thought to what type it in fact was. It is a speech I use at the start of my No Pain No Gain Workshop in which I make the claim that despite the setbacks of a difficult childhood, having done the ‘deep psychological work’ to become an emotionally well person, I can now provide guidance to others. It’s full of both autobiographical details and parody. Here are a few lines from the monologue:

Five new year’s resolutions ago I quit drugs and alcohol for good; four years ago I promised myself I’d stop stealing stuff (except from big corporations); three years ago I fulfilled my resolution to exercise three to four times a week; two years ago I started recycling more rigorously and eating only organic foods; and last year I began using Splenda instead of sugar whenever I bake. Finally for 2010 I’m going to take the final challenge of wearing matching bras and underwear.

On the second day of the workshop each of us would have a chance to read what we had written, but not all of us would get the same amount of feedback; the first ones had the benefit of rich discussion while the later ones garnered only brief replies due to time constraints. Going towards the end of the session meant that I didn’t get the attention I had been seeking. Dora made only the curt observation that my monologue was confession disguised as satire. This was actually a useful comment because I had never really thought of it quite so succinctly and those categories do make sense. I disguise my confession for more than one reason; to protect myself, to get a laugh, to allow people to relate by not being overly emotional or saccharine (which can be off-putting), but also to critique the perfectionism that pervades the self-help industry and women’s culture more generally.

Regardless of the aptness of Dora’s remark, I was left with a slight sting in my ego, which got me thinking about how my sense of self-worth is wrapped up with my work. Only a month or so prior to this workshop I was talking to my therapist Bernadette Ainsworth about my propensity to reveal personal details in my work that I wouldn’t necessarily share with strangers in my day-to-day life. She explained that this was yet another example of shame-attacking. If I can get over my shame and confide my secrets publicly then I gain confidence, realising that to reveal these flaws isn’t as bad as I had expected it to be. I had always thought of these admissions as altruistic; as something that other people would hear, relate to and perhaps feel better about themselves through an identification with me. They would have the feeling of being “not the only one” and therefore ok. In other words, what I had thought of as a noble, outward gesture was really self-serving. I’m projecting onto the audience my own feelings – I’m the one who is ashamed, they may not be. But what about those who don’t relate/identify? Do they not matter in the end because ultimately the act of revealing attacks my shame and I gain confidence?

When I first addressed a live audience, I did it in order to face my fears of public speaking. Every time I do it, it gets a little easier. Volunteering to read the Pryor monologue during Dora’s workshop is yet another example of my acting against my shyness and the fear of other people judging me. Interestingly, I choose a stand-up routine and one that my physicality made even more ridiculous, content to be laughed at on purpose rather than risk getting that response accidentally.

In the speeches that pervade my work, I act as if I believe my thoughts and words are worthwhile, but I do it facetiously, embellishing the truth by pretending to be a self-help guru whilst simultaneously making fun of one. My act isn’t wholly mocking, however, I admire that which I parody and I’m having fun with the role of self-help ‘expert’ – taking emotional wellbeing seriously enough as a joke to pretend I’m devoting my career to it, rather than decrying self-help as self-indulgent navel-gazing. My particular brand of shame attacking is full of contradictions; I don’t have the hubris to believe that I could be a model for others so I make fun of people who do that, yet at the same time I do see my acts of self-disclosure as a way of being a role model, a way of relieving the shame of others by making the private public.

In the quick notes I jotted down after the workshop I wrote that not having a lot of feedback on my own work gave me the opportunity to focus on others and I got a lot out of hearing their work. I believe this to be the case, but only in part – it could have been a much more social experience if my art actually had completely cured me of my shyness. I do remember three of the other monologues in particular; one of which was an especially moving story of mourning. The author of that story had made an attempt at small talk with me during one of the breaks and I hardly spoke with her; I still regret it. The workshop didn’t have to be just about getting feedback on my work, if only I had had the confidence to engage with people and not be shy in real life. Yes, I participated in the group discussion during the workshop, but outside during breaks in the hallway, on the way to lunch, I was quiet. In my work I can get up on stage and speak to an audience of hundreds, but to muster up a few words of small talk is a trying feat. I need to take a small talk workshop or learn how to blur the lines between art and life a bit better.

Towards the very end of the workshop, Dora pointed out that so many of the monologue forms weren’t chosen – storytelling and the confessional dominated. I added that I couldn’t help but notice that no men in the workshop chose the confessional and in fact did everything to avoid revealing anything personal about themselves in their writing. It’s interesting that the people who benefit the most from defying the notion of a true self are drawn to a form in which identity is expressed – we have the most at stake and yet we choose to express the autobiographical, I would argue as a way of contesting the idea of an essential subject.